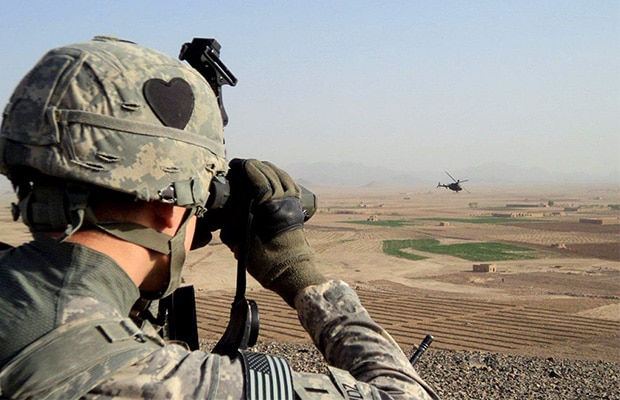 Remembering the Long History of Veterans and Cannabis Legalization

Memorial Day, also known as Decoration Day, is a holiday in America focused on honoring our veterans and remembering the sacrifices they made in war to keep America safe. For many veterans, the struggle is far from over when they get home, and often they turn to medications to soothe the pain and anguish of war, including cannabis and cannabinoids from hemp.

The history of Memorial Day starts from the aftermath and reconstruction of the Civil War. The head of the Grand Army of the Republic, a Union veteran’s group, created Decoration Day in 1868 as a time for the nation to come together and decorate the graves of those killed in war (primarily the Civil War). The original date they picked was May 30th, it is believed because that would be a date when flowers would be blooming across the US. While it took some time to spread across the nation, by the end of the 1800s, Memorial Day ceremonies were held on May 30th around the country.

It wasn’t until after World War I that Memorial Day was expanded in focus from the Civil War to honoring the dead killed in all American wars. It took until 1971 for Congress to declare Memorial Day a national holiday, they also settled on the last Monday in May as the official day, rather than May 30th. Many hold true to its original name and still call it Decoration Day. If you were curious about what time specifically to remember those lost, the national Moment of Remembrance takes place at 3pm on Memorial Day.

History and Future of The Legalization of Cannabis and Veterans

Historical research has shown that veterans have used cannabis to soothe the horrors of war since the days of the Civil War, with both General Grant and Lee endorsing hasheesh candy. While those benefits had been forgotten, due to nearly a century of prohibition, new research has reinvigorated the interest in soldiers using cannabis.

Earlier this year, the preliminary results of a study that has been a decade in the making were released, looking at veteran’s use of cannabis for PTSD. Our friend, Dr. Sue Sisley, and the Multidisciplinary Association of Psychedelic Studies fought the Federal government for years to get their study approved and to get research cannabis for their study from the National Institute on Drug Abuse. They overcame all manner of obstacles, including receiving moldy cannabis that did not meet the potency requirements it was supposed to, which means the results of their study were greatly limited by that subpar cannabis. Still, the results were promising, and Dr. Sisley is “moving ahead with the next phase of the study, with higher-quality and higher-potency imported cannabis.” Dale Schafer is a Vietnam-era veteran and an attorney focused on cannabis law and cannabis legalization arguments, he also was jailed for five years along with his wife, for growing medical cannabis for themselves and other patients. Schafer was excited by Dr. Sisley’s findings, saying “Let’s move quickly to Phase 3 so veterans can work with the VA directly and not have to play games like cannabis is radioactive.”

Schafer is one of many veterans who have dedicated themselves to being cannabis activists and fighting to free the plant they love. Right now, bills are working their way through Congress to better protect veteran’s access to use cannabis in states where it is legal and for VA doctors to recommend it. Those bills are moving forward thanks to the lobbying efforts of numerous veterans groups including the Iraq and Afghanistan Veterans of America, VoteVets, Minority Veterans of America, Veterans Cannabis Coalition, Veterans Cannabis Project, Veterans for Medical Cannabis Access, and Veteran’s Initiative.

Most Americans are probably not aware, but we have a gay, hippie, Vietnam veteran to thank for all of cannabis legalization in the US, and his name was Dennis Peron. Peron first was turned on to cannabis while in the Air Force in Vietnam, before returning home with two pounds of cannabis, and he turned those two pounds into a lifetime growing and selling medical cannabis. As a gay man living in San Francisco, Peron saw the horrors of the AIDs epidemic firsthand and worked with Mary Jane Rathbun (“Brownie Mary”) to give medical cannabis to people suffering from it, and in return was busted countless times. No one was immune to the crisis, and in 1990, Peron’s partner, Jonathan West, died from AIDs. The next year, Peron pushed to gather signatures for Proposition P, a local ordinance that passed with 80% of the vote and legalized the medical use of cannabis in San Francisco, then worked to pass Prop 215 5 years later. Peron stayed involved with legalization until his death in 2018, at the age of 72.

It isn’t just Schafer and Peron, countless veterans are involved in the struggle to legalize cannabis. Jesse “The Body” Ventura, a veteran and the former Governor of Minnesota, has been a vocal supporter of legalization. Michael Krawitz is a disabled United States Air Force veteran and the executive director of Veterans for Medical Cannabis Access (VMCA), and has been working for more than a decade to get the VA to approve veteran’s access to medical cannabis. Eric Gudz is from a newer cohort of veterans, and served as an Intelligence Operations Officer in Afghanistan, where he earned the Bronze Service Star. Gudz is a former chair of Students for Sensible Drug Policy’s Board of Directors and has had a lengthy career in public service, including fighting a local ban on cannabis. Ryan Miller is a marine who served all over South-East Asia and when he got back to the US created Operation Educating Veterans About Cannabis (Op EVAC) as a cannabis-friendly peer-led support group with iRest meditation, led by Jaene Leonard (iRest is a guided meditation created along with Walter Reed Army Medical Center for veterans).

The VA’s Complicated Views on Cannabis

When it comes to cannabis use, the Department of Veterans Affairs (VA) is a federal agency and thus bound by federal law, which holds cannabis to be a Schedule I drug. That means that VA doctors cannot recommend cannabis to veterans or dispense cannabis-based medications. Despite that, the VA is clear on their website that “Veteran participation in state marijuana programs does not affect eligibility for VA care and services. VA providers can and do discuss marijuana use with Veterans as part of comprehensive care planning.”

While the VA may say that “Veterans will not be denied VA benefits because of marijuana use,” veterans and veterans support groups, like the Veterans Cannabis Project (VCP), tell a different story. “We consistently see, on a daily basis, a denial of veteran benefits ranging from medical prescriptions to VA loans, solely because a veteran is participating in a state-approved marijuana program or working in the cannabis industry,” says Doug Distaso, the Executive Director of the VCP. The problem is so pervasive that there is a bill working its way through Congress to protect veterans from losing their VA benefits over state legal cannabis use.

As the conflict over veteran’s right to use cannabis continues to rage on, the VA seems to be wholly supportive of CBD use, even for active duty troops. According to the VA, “CBD has already shown positive results” as an alternative to many of the medications that veterans are taking for a range of conditions and diseases. The VA even goes further, suggesting, “There is also a possibility that CBD may be even more beneficial for active members of the military in combat.”

Ojai Energetics supports our troops in all they do to protect this country and is proud to give them a 50% discount and support them however we can. In addition to our veteran’s discount, Ojai Energetics will be donating 10% of sales on Memorial Day to the Special Operations Warrior Foundation.

PrevPrevious PostHow CBD can help you find a better sleep routine — naturally.
Next PostCBD Oil for Weight Loss: How Does CBD Affect Your Body?Next 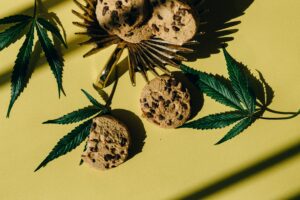 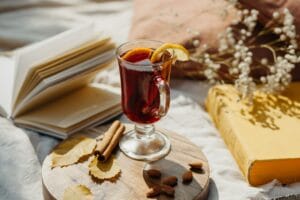 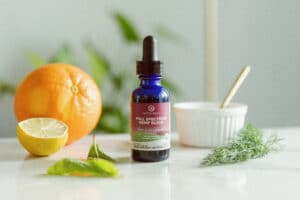